What Peter Thiel’s roth IRA means for yours – Fox...

Large Roth IRAs owned by the superrich are in the tax spotlight now, and all savers should consider the implications for their own retirement accounts.

Recently, the investigative site ProPublica published a new article in its series contending the wealthiest Americans don’t pay their fair share of taxes, based on IRS data it says it obtained. The story claimed some wealthy Americans have multimillion- or even billion-dollar, tax-advantaged retirement-savings accounts. The largest one cited was a Roth IRA with $5 billion in assets (as of 2019) belonging to PayPal founder and investor Peter Thiel.

How could a Roth IRA be that large? Savers with Roth IRAs make contributions to these accounts with after-tax dollars, and funds in them can grow tax-free with no required payouts during the original owner’s life. If someone can put very low-cost, very high-growth assets into a Roth IRA—as Mr. Thiel is said to have done with investments including PayPal shares costing less than a penny each—then federal taxes on transactions and growth in the account can be nil. Withdrawals are often tax-free as well. 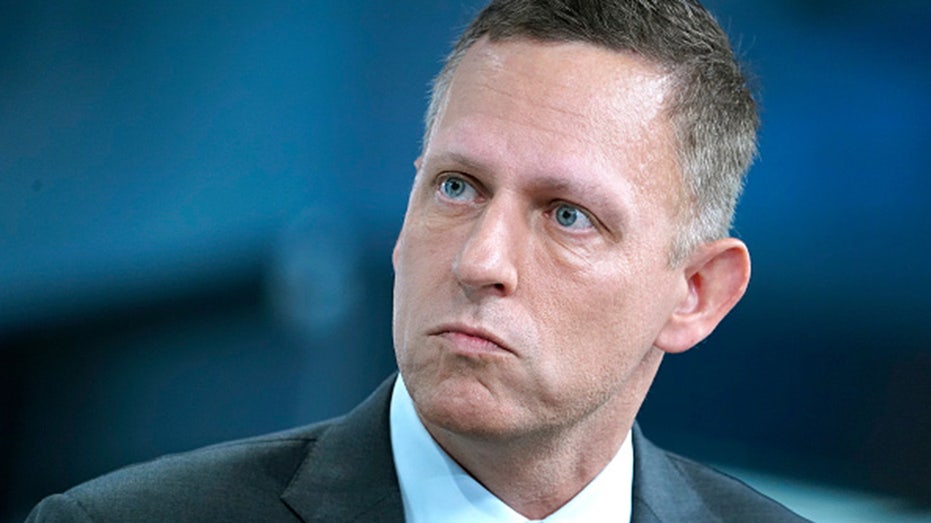 So that’s one way a billionaire could have a huge Roth IRA, although the law doesn’t allow Roth IRA contributions for 2021 if income is $140,000 or more for single filers, or $208,000 or more for couples filing jointly.

“IRAs were designed to provide retirement security to middle-class families, not allow mega-millionaires and billionaires to avoid paying taxes,” he said in a statement.

The new focus on IRA limits raises questions about saving strategies for everyone, not just the superrich. Many financial planners are urging clients to convert traditional IRA assets into Roth IRAs. The idea is to position for possible higher tax rates down the road either from a law change or asset growth, although the switch means accelerating tax bills.

Savers should take seriously the chance that Congress will enact new retirement-plan restrictions, as they have been an area of bipartisan agreement recently. In the Secure Act passed late in 2019, members of both parties supported a change requiring many heirs of traditional IRAs and Roth IRAs, such as grandchildren, to empty inherited IRAs within a decade of the owner’s death. The change deprived many future heirs of decades of tax-free growth.

It also enraged account owners who planned based on prior law, because the provision took effect for deaths starting Jan. 1, 2020, just days after the legislation passed.

There are forces working against changes to IRA rules, however. One is politics.

“IRA limits would affect many legislators themselves, and also people who donate a lot of money to them, like private equity managers,” says Warren Baker, an attorney with Fairview Law Group who specializes in IRAs holding alternative assets such as nonpublicly traded stock.

With Roth IRAs, there’s also a key budget issue: Contributions are in after-tax dollars. So when a worker contributes to a Roth account or someone converts assets from a traditional IRA into a Roth IRA, Uncle Sam receives revenue. But the costs of a Roth IRA’s tax-free growth and withdrawals often fall outside the 10-year period Congress uses when making budgets.

What will happen is unclear, but a number of existing proposals would impose limits on IRAs, mostly large Roth IRAs. If changes don’t pass soon, they might re-emerge in the future.

Here are possible limits for savers to be aware of.

In 2016 and again recently, Sen. Wyden proposed disallowing contributions to Roth IRA accounts once they reach $5 million of assets. His aim: to stem the government subsidy of “mega Roths.”

A different proposal from the Obama administration wouldn’t have allowed contributions to tax-favored retirement accounts such as IRAs, 401(k) or 403(b) plans once they hit a cap. The cap was tied to a maximum amount allowed for defined-benefit pensions, and in 2015 it was about $3.4 million.

4 UNEXPECTED WAYS TO LEVEL UP YOUR IRA

Mark Iwry, who oversaw national retirement policy at the Treasury Department during the Clinton and Obama administrations, expects a cap to be higher if one is enacted, based on his experience.

Sen. Wyden’s proposals would also force payouts from Roth IRAs exceeding the $5 million limit. One rule would require half the excess amount in the Roth IRA to be paid out each year. So if someone has a $6 million Roth IRA, the required payout would be $500,000. These payouts would likely be tax-free.

In 2015, the Obama administration proposed that Roth IRA holders be required to take minimum annual payouts from their accounts. This is not part of Mr. Wyden’s proposals, and Mr. Iwry thinks it unlikely, at least without grandfathering existing accounts.

Until 2010, such conversions were only allowed for taxpayers with $100,000 of income or less. Currently, there is no income threshold. Ending or restricting Roth conversions could cost the government revenue, depending on details.

Crack down on alternative-asset IRAs

Current law allows both traditional IRAs and Roth IRAs to be invested in a wide variety of assets, including real estate, nonpublic stock, cryptocurrency or a sports franchise. (Collectibles such as rugs or gems aren’t allowed.)

Critics suspect abuses in this area and say the IRS hasn’t had resources to pursue them. Abuses could involve undervaluations of assets like nonpublic stock, or self-dealing—such as having an IRA hold a rental house on the beach and then using it oneself. Sen. Wyden’s proposals seek to ensure the contributions of these assets are at fair-market value and subject to qualified appraisals.