One-hour flight from Las Vegas to CA turned into 17-hour...

By Adriana Diaz For Dailymail.Com

Passengers aboard Allegiant Airlines flight 161 from Las Vegas to Stockton, California had a journey from hell when their one-hour flight turned into a 17-hour journey.

After taking off from Las Vegas on Monday night, passengers were expecting to land in Stockton, California at 9:30 pm.

But when the plane arrived in Stockton the pilot couldn’t get ahold of anybody on the ground in order to get a weather report.

Jade Watts, a passenger on the flight explained to CBS Sacramento: ‘It was absolutely horrible.’

‘The pilot comes on and says the control tower is closed and they can’t land without a weather report.’

The control tower at the Stockton Airport is typically manned from 7 am to 9 pm running on an automated system when the tower is unstaffed. 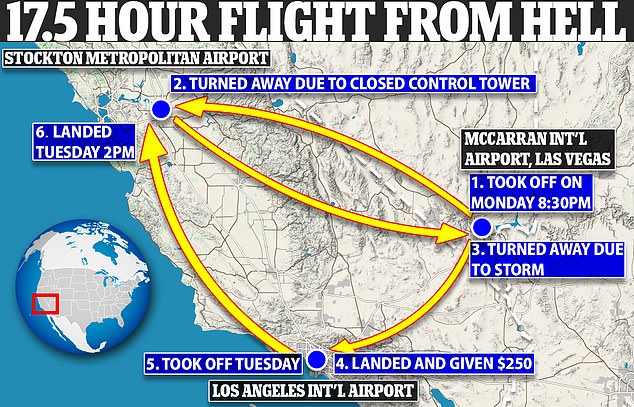 How passengers boarded the flight on Monday at 8.30pm in Las Vegas and didn’t get to their destination in Stockton until 2pm on Tuesday. 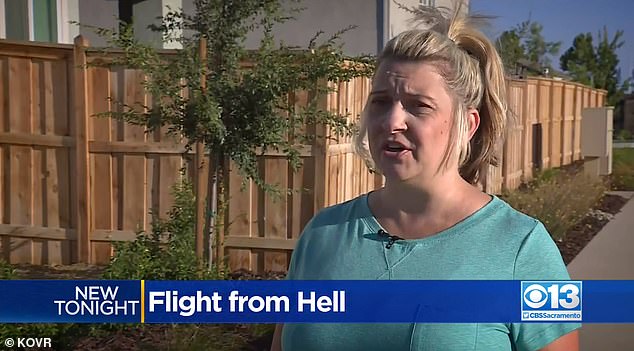 Unfortunately, when the plane arrived back in Las Vegas the weather was not clear enough for a landing.

‘He comes back on again and says there’s a thunderstorm in Vegas and zero visibility,’ said Watts.

‘They were concerned about gas so we have to go to the closest airport. Where are we going to freaking land?’

The pilot then flew the plane to LAX and the estimated 175 passengers were finally allowed to deplane the flight at around midnight.

But the nightmare wasn’t over yet, the passengers were then ushered into a holding room without a bathroom. 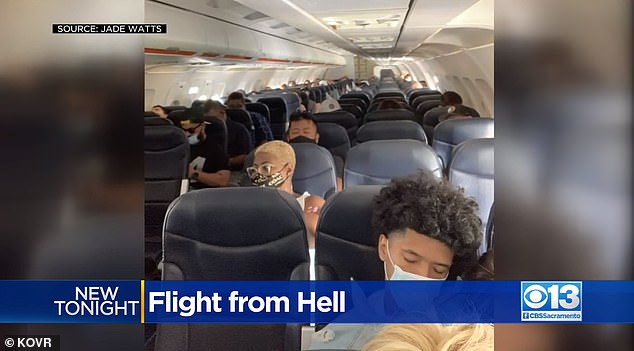 The flight to Stockton was then rescheduled for the next day as upset passengers were given $250 ticket vouchers and left to sort out their situation on their own.

Watts recounted, ‘There was a guy that said, ‘What do we do? Do we need to find hotel rooms, are we on our own?’ And the gentleman said, ‘Yes, as of right now, you’re on your own.”

She remembers a chaotic scene at the airport as people struggled to find accommodations and decide what to do.

‘Everybody had to find hotel rooms. There were people sleeping in the airport … older ladies just kind of walking around by themselves not sure what to do.’

Watts and other passengers finally landed at Stockton Airport at 2 pm on Tuesday 16 hours later than they had planned.

‘I think everybody on the flight is very frustrated,’ Watts said. ‘There was no help given, no instructions. There was no assistance.’