by 4 months ago4 months ago
0views
0
The Danish toymaker unveiled a prototype brick made from recycled plastic. In a news release, Lego said the PET plastic from discarded bottles makes up the first brick to meet the company’s “strict quality and safety requirements.” One way the company ensures safety is by sourcing materials from suppliers that use processes approved by the US Food & Drug Administration and European Food Safety Authority.

“The biggest challenge on our sustainability journey is rethinking and innovating new materials that are as durable, strong and high quality as our existing bricks — and fit with LEGO elements made over the past 60 years,” Lego Group Vice President of Environmental Responsibility Tim Brooks said. “With this prototype we’re able to showcase the progress we’re making.” 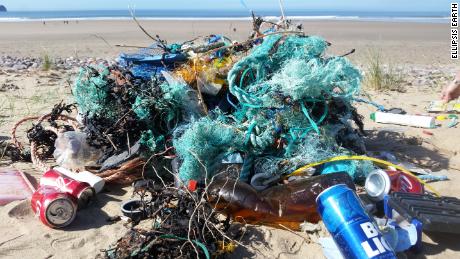 It will be “some time” before bricks made from recycled material can be purchased, Lego said. The company will continue to test and develop the PET formulation and decide whether to move to the pilot production phase, which is expected to take at least a year. One factor the company is testing is how the material can be colored.

“Experimentation and failing is an important part of learning and innovation. Just as kids build, unbuild and rebuild with LEGO bricks at home, we’re doing the same in our lab,” Brooks said.

The move follows last year’s announcement that the company was making a $400 million investment over three years into sustainability initiatives. Those initiatives included phasing out the single-use plastic bags from its boxes and instead using recyclable paper for its packaging.
In that announcement, CEO Niels B. Christiansen cited “the millions of kids who have called for more urgent action on climate change.”