With Fourth of July weekend right around the corner, families all throughout America are planning to hit the road for a brief getaway.

However, the American Automobile Association (AAA) says there are some days and times that are better for travel during the patriotic holiday than others. In a recent report, the motor club federation broke down which times are less than ideal for drivers, which comes vehicle movement data from INRIX – an auto analytics company.

“Travelers this Independence Day should be sure to pack their patience. Major metro areas across the U.S. could see nearly double the delays versus typical drive times,” AAA spokesperson Julie Hall told Fox News via email. “Plan your route in advance, leave early and give yourself plenty of time to get to your destination.”

According to INRIX’s current travel data, the worst times to travel for Fourth of July will likely vary from Thursday, July 1 to Monday, July 5. 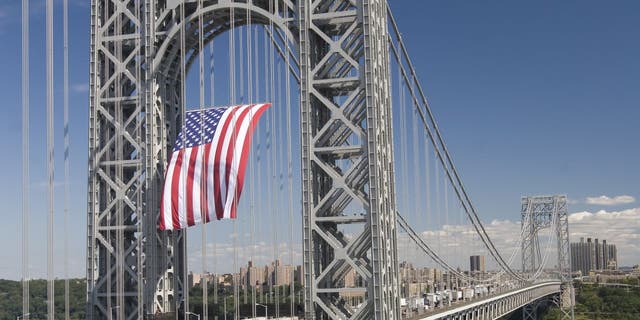 On Thursday the worst time will be between 3 and 5 p.m. while Friday will be between 4 and 5 p.m. If drivers are planning to drive to a destination one day before the holiday, they can expect to see high traffic between 11 a.m. and 1 p.m.

FAMILIES STOCK UP ON FIREWORKS FOR JULY 4 AMID SUPPLY SHORTAGE

Traffic is said to be light enough for a “free flow” on Sunday, July 4, according to INRIX’s data and AAA’s report. But, congestion will likely build up again the next day between 4 and 5 p.m.

“Thursday and Friday afternoon before the holiday will likely be the busiest times on the road, but things should still be relatively quiet Wednesday, if you’re able to leave earlier in the week. If your plans allow it, one of the best times to travel is on July 4 itself,” Hall explained to Fox News.

“For the return trip home, Monday will be busy, but slightly less so if you leave before 1 p.m. If you’re able to extend your stay, you’ll likely see lighter traffic later in the week after the holiday is over,” Hall added.

FRANCE IS SENDING A NEW STATUE OF LIBERTY TO THE US FOR JULY 4, BUT THIS TIME IT’S MINI

Representatives at INRIX did not immediately respond to Fox News’ request for comment. 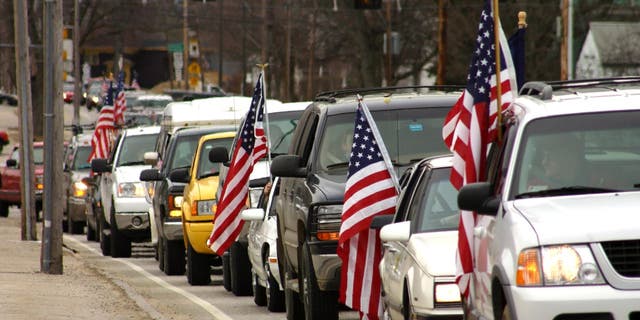 “Thursday and Friday afternoon before the holiday will likely be the busiest times on the road, but things should still be relatively quiet Wednesday, if you’re able to leave earlier in the week,” AAA spokesperson Julie Hall wrote to Fox News. (iStock)

AAA’s holiday forecast predicts more than 47.7 million Americans will partake in Fourth of July travel by car and air. When compared to last year’s travel numbers, which showed 34.2 million Americans went somewhere for the holiday, AAA’s current estimate shows a potential increase of 40%.

The coronavirus pandemic is a major contributing factor to the varying travel rates. In the first week of July last year, research and development into COVID-19 vaccines were still underway. At the time, the CDC reported 151,949 Americans tested positive for the novel coronavirus between June 28 and July 4, 2020 – bringing the cumulative number from March 1, 2020, to more than 2.1 million.

Fast forward to the summer of 2021 with high numbers of COVID-19 vaccine doses that have been administered. As of Tuesday evening, CDC data shows more than 324 million doses have been given so far. Roughly 46.8% of the U.S. population is fully vaccinated.