Carnival Cruise Line has released even more details for when cruise operations resume in the coming months. As the cruise line works through complex protocols to keep everyone onboard safe, Carnival’s cruise Ambassador has now detailed the new e-muster drill, which has already been rolled out on other cruise lines.

Carnival Cruise Line Ambassador John Heald has been hinting towards an e-muster drill for weeks, and on Friday morning, he finally revealed some details. It comes as the cruise line prepares for resuming operations starting in July 2021. As part of that return, many protocols and procedures need to be implemented to ensure guests and crew remain protected.

The unpopular safety briefing which the cruise line was doing before the suspension on operations over a year ago will be no more. Carnival is now moving forward with a new type of safety drill, and it looks like it will remain in place even when the world returns to normal.

Heald confirmed there would be no more safety briefings where guests come together. This keeps every safe and any potential spread of the virus. Guests will have to download the cruise line’s Hub App on their mobile device as that will play a major part of the e-muster onboard.

The app will show guests which muster station they will need to go to during a real emergency. That’s in addition to having the muster location on the cabin key, which won’t be available initially when getting on board as the staterooms may not yet be ready.

Guests will then have to go to their designated muster station as shown on the App. Once there, there will be a way for the crew to confirm that a guest has attended. On MSC Cruises, there is already a similar procedure in place with the wristband or cruise card being scanned at the muster station, so the cruise line then knows that a guest has attended.

“The app will tell you how to get that. If you’re able to use the stairs because remember in a real emergency, the elevators wouldn’t be working, crew members would be in position to help them guide you.”

“But once you get to your muster station, you find a carnival team member that will be team members at every muster station. And you’re going to check in with them now. I’m not going to tell you exactly what you have to do, because once you’re there, the crew members will do that. You don’t have to do anything except go there.”

Guest will then have to watch a safety video that features Carnival’s Fun Officer Shaquille O’Neal in their stateroom sometime before the ship departs. It’s as simple as that! Carnival Cruise Line will know if guests don’t follow the E-muster requirements.

On MSC Cruises, once guests watch a video, they must call a specific number using the stateroom phone to confirm they’ve watched the video. How Carnival implements that remains to be seen.

Heald said that if the e-muster procedure works then it could be the way the cruise line does it for the years to come. Most passengers are going to like the new tech version a lot better as there will be no more waiting around in lounges or in front of the lifeboats.

This seems to be the way forward for many cruise lines as all the Carnival-owned brands will likely do the same. Royal Caribbean and MSC Cruises, which have both already started sailings again, have already implemented e-muster.

More details are still to come before the Carnival Vista becomes the first ship in the fleet to resume operations on July 3, 2021, out of Galveston, Texas. Heald will also be revealing further details on how important the Carnival Hub App will be to make sure guests remain safe during the voyage. 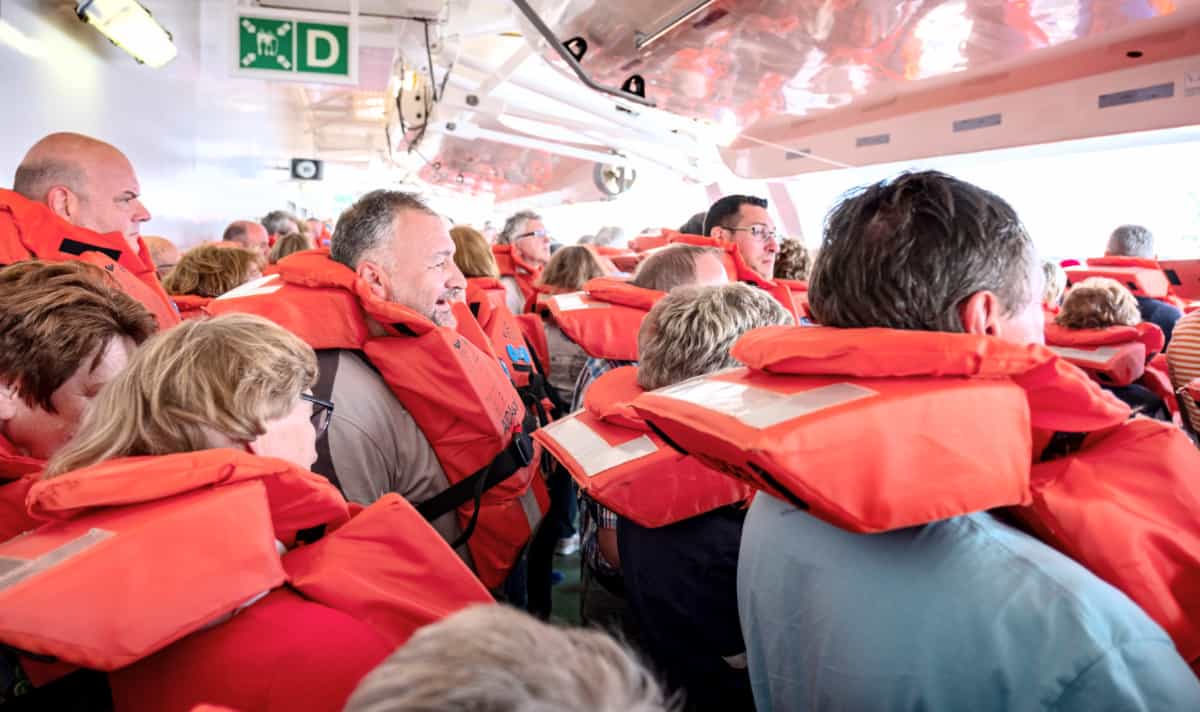